If, like me, you finished the Delirium series but didn’t want to pull your head out of Lena’s world, then you need this little book. It’s got back stories for Hana, Annabel & Raven, which prove to be pretty satisfying in terms of filling in some of the history around the crazy world Lena was born into.

This trilogy is my favourite of all the YA series (serieses?? What’s the plural of series?).  It’s set in a world where love has been declared a disease and when you turn 18, you have a lobotomy to remove the part of your brain that lets you fall in love. Interesting idea, right? I mean, what would happen if we didn’t love each other, but just paired off and had kids to keep society going, based on the government’s orders. Would we even be able to be bothered keeping our kids alive?  The books raises all these questions, but also do a great job of showing young people what resistance looks like. Oh, and the love story part is totally awesome! 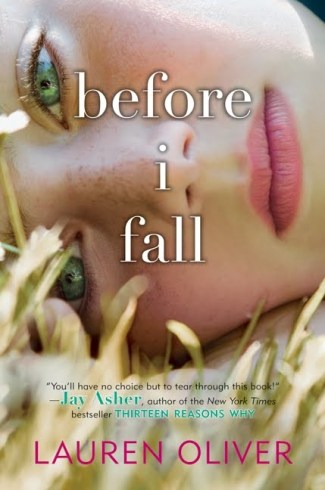 Before you watch the movie, please read the book! While the movie is a great adaptation, this book is awesome. It is a more complicated read than loads of the other YA titles in our library, but it definitely pays off.  The story can be summed up by saying that if Mean Girls and Groundhog Day got together and had a baby, this book would be it. But you’re probably at least 10 years too young to get either of those references, so….  The story starts on Valentine’s day and follows the trials and tribulations of Sam Kingston, who is a member of the hot chick clique at her high school.  The end of the day sees her attend a party at her old friend Kent’s house – Kent has had a whopping crush on Sam since primary school – where she had planned to lose her V card to her boyfriend, Rob. Unfortunately (fortunately?) Rob is completely hammered and so she leaves early with her friends instead, only to get into a huge car accident on the way home.  The next scene is the alarm going off. It takes Sam a few minutes to realise it’s actually Valentines Day and the whole thing was a dream… Or was it??